Grassroots Anything - Lessons learned from running an atheist organization

I was president of Minnesota Atheists for only a few months. Since then, I have been happily observing other freethought groups and listening to presentations on how to make a group more effective, including developing campaigns, communication and diversity. I thought it would be helpful to detail where I fell short with Minnesota Atheists on these fronts and also what appeared to work (though the evidence is mostly subjective, since we weren't great at paying attention to metrics). 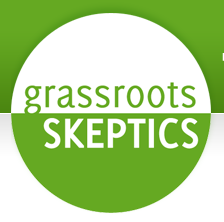 Desiree Schell, Maria Walters, Trevor Zimmerman and K.O. Myers created a Campaign Manual for Grassroots Skeptical Activism, though the lessons learned in this manual are useful for any grassroots activity, even at a small scale. The framework can be modified, depending on what you are planning on doing, for example, any activity should have stated goals, a primary and secondary objective, tactics and a post activity evaluation.

When I was running Minnesota Atheists, the main goal I had was to double dues-paying membership in a year. Looking back on that, that was really a primary objective. A goal should be something large, for example, making it more socially acceptable to identify as "atheist" in Minnesota. That is, after all, one of the mission statements of Minnesota Atheists and a campaign could be built around that, including a full scale campaign with tactics as varied as contacting media and politicians, targeting sympathetic organizations in outreach and writing letters to politicians. One way to measure the success of this campaign would be an increase in membership. 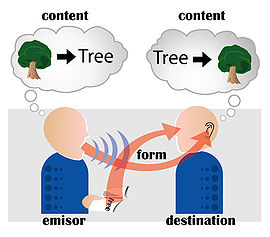 Like any organization today, a diverse range of communication is used to inform members of what is going on. When I was with Minnesota Atheists, I advocated for expanding our communication to members through Facebook and using our email list to send out newsletters. The benefit of using these sources, is the ability to assess effectiveness. When I redesigned the website of Minnesota Atheists, I wanted to be able to analyze as many metrics as possible. I wanted to know where our visitors were coming from, what they were looking at, how long were they spending on our site and how many unique visitors we received. I also wanted to be able to compare this data moth over month, or year over year. By using more online resources, we were able to see if our outreach was expanding or shrinking. By using an email marketing service, we were also able to determine, with some accuracy, if our newsletter was actually being opened. Sure, you may be sending an email out to 1,500 people, but if only 20 open it, you may need to spend some time to determine why that is.

While metrics gathered from electronic media are helpful, another piece of communication, getting feedback from members, former members, and just interested parties, was important. Since I had only been involved with the organization for a couple of years, I wanted to really reach out to as many people as possible, to find out what they thought, so I emailed out a survey. One limitation of a survey, especially with a group like Minnesota Atheists, with a diverse range of membership, including some people who do not use email, or use it very little, is that you may not hear their feedback. Looking back, I think it would have been helpful to gather these responses by calling members. Through the survey, I was able to gather some information from some people, only about 120 responses in 1,500 requests, but these responses from people have been echoed by others in the freethought community, including the charge that Minnesota Atheists is too liberal-leaning of an organization, doesn't have enough family friendly events and doesn't meet at times or places which are convenient to me. These responses helped push the expansion of Meetup events even further than we had ever before. One other interesting response from the survey, is that many people joined Minnesota Atheists because they want to meet a community of like-minded people. Many people were becoming first-time members simply because the group exists, is easy to find online and easy to join. It wasn't really because of anything specific we had done, or were currently doing. It was as simple as being there. 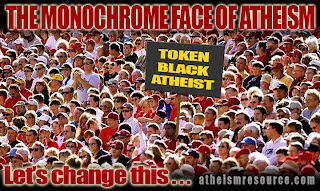 At Minnesota Atheists, there has always been a push to have half men and half women on the board. While this increased diversity on the board, it also felt forced, for example, only women candidates would be sought after if a woman left the board. More women have become involved with Minnesota Atheists, even though the board make up is much different now, with mostly men, which may mean that the make up of the board doesn't impact attendance at events nearly as much as the events themselves.

When I first joined Minnesota Atheists, I felt really out of place because of my age. Most people meeting at a library on a Sunday afternoon had gray hair and were men. Though I haven't been to a Minnesota Atheists event in a while, before I left, there were younger people becoming involved as well as more women. This was more due to our social events than anything else, I think. We expanded to include book clubs, pub nights, small group discussions, family events and even a debate class. It took getting women and younger people to run small activities during a month to get people like them to be more active. This diversity was organic and didn't involve a pink-themed newsletter to attract women. What I found challenging, was in making people feel comfortable running their own event. When I approached people to run a book club, if they were interested, or some other event, some people felt afraid to do so because they feared the board. Some people felt like every event must be scrutinized and vetted by the board in order to happen and felt pressure to conform to some unwritten standard which all activities should meet. Once people got over that fear, things went a lot better. Since we charged people for membership, many people who are involved with the organization are not necessarily members, which also became a challenge in finding people to run events. When I was with the board, we were never really able to settle the argument surrounding volunteers working off their membership by running events, if they wanted to. I think this would have been helpful in finding more parents of young children to get involved in running family-friendly events.

With Minnesota Atheists, I felt like we were completely neutral toward women and people of different cultural, religious and racial backgrounds, but we were not. It's a problem I think a lot of groups have, where they pretend like race and cultural identification don't matter, so activities like a presentation of privilege never come up. That is one thing I regret not working on, is in having a more diverse selection of speakers on different topics, including people from different cultural and/or racial backgrounds. While our monthly meetings were considered public outreach events, we rarely had non-atheists attend, so it wasn't really an outreach tool to non-atheists. Realizing this, would allow us to discuss more challenging issues, which may or may not have anything specifically to do with atheism, but would be more rewarding to the people participating and allow the group to welcome more people who may be atheist, but who may not identify as atheist first.

Organizing atheists is just as challenging as organizing any other group of people. People are challenging. The feedback you will get will often be from a minority of really passionate people in your group and sometimes just the loudest complainers. Most feedback about how well or poor you are doing as an organization, you will NEVER hear and much of what you decide to do will be based on either your vision for the organization or instinct, but the more information can be measured, the more feedback can be gathered, the more successful your group will be in reaching its goals. You do have goals for your group, right?
Posted by Bjorn Watland at 7:50 AM 1 comment: